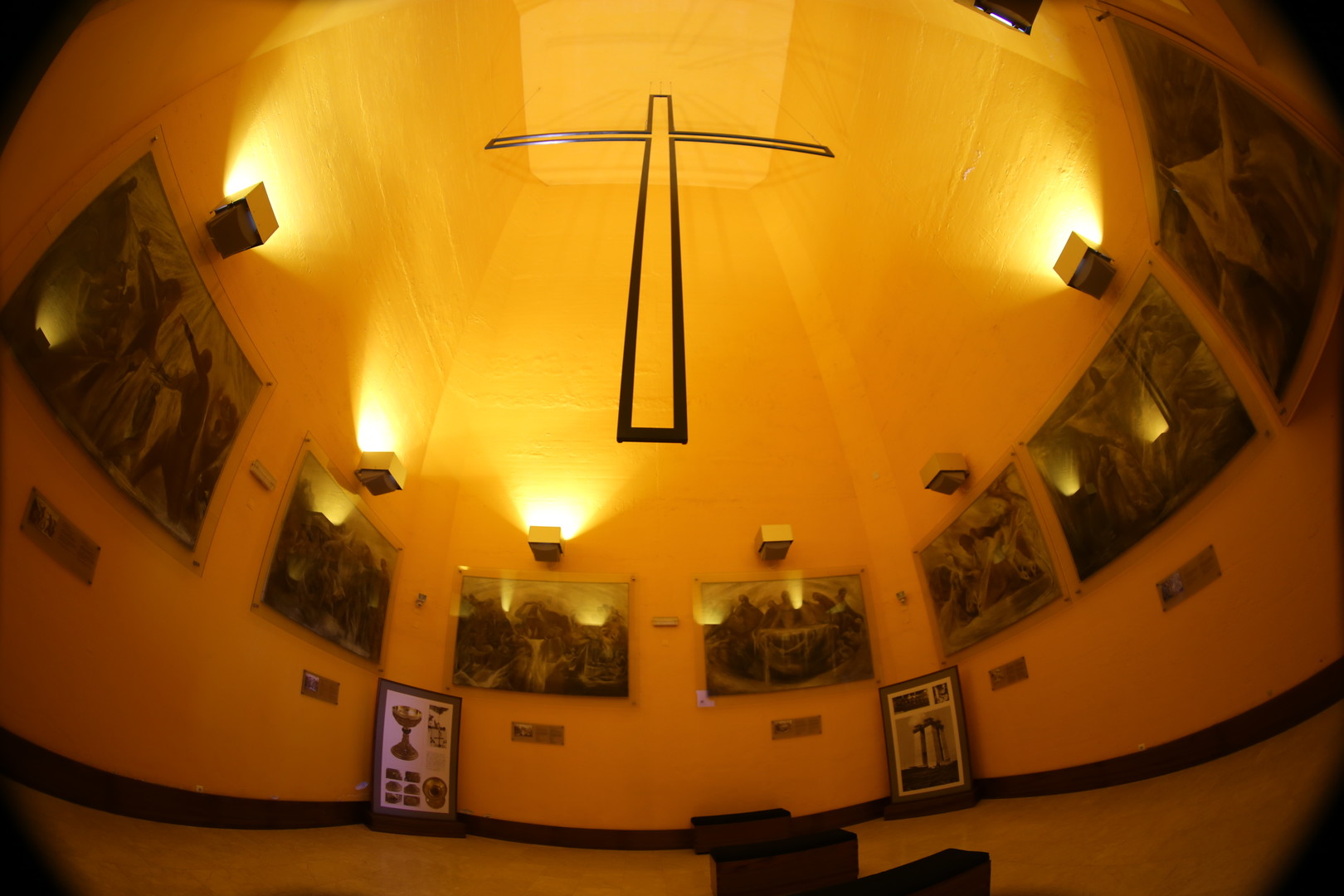 The Shrine of Christ King has dedicated a hall to good Pope Blessed John XXIII, because it was in his Pontificate that the Monument to Christ King was inaugurated. On May 17, 1959, His Holiness made himself present through a radio message.

Besides that historical relationship, John XXIII donated, to the Shrine of Christ King, a chalice that had earlier been donated to him by the Shrine of Our Lady of Fatima, when he made a pilgrimage, as Patriarch of Venice, to Cova da Iria on May 13, 1956.

Since the Shrine of Christ King is the fruit of Peace, there stand out in this Hall eight oil paintings by Architect Sousa Araújo, which allude to the great Encyclical “Pacem in Terris” of the good Pope.

This Encyclical is fruit of the need John XXIII felt to make a synthesis of the Christian thought on peace.

The “Cuban Crisis” was by then resolved. But we were in the Cold War in full.

After knowing he had only a few months to live, Blessed John XXIII decided to spend those remaining months working on the question of Peace.

In writing the Encyclical, the Pope starts with the conviction that peace can only be brought about and consolidated if Man respects the order established by God.

The doctrine in the present Encyclical calls the Church to look for herself “even outside of herself”.

It is an open, universal document, which wants to reach everyone, not only believers but also all men and women of good will who nurture a special preoccupation for the values of Peace.

The Encyclical has five parts.

In the first one, the Pope reflects on the order amongst human beings, order which is constituted by rights and obligations.

It is in the fulfillment and respect of this order that we find harmony.

In the second part, he deals with the relations between human beings and public powers.

These relations must take into account, on the part of public powers, that all power must be exercised for the sake of service and that all authority must be seen as coming from God.

The public powers have, therefore, the obligation to promote the common good.

In the third part, he talks about the relations of communities amongst themselves. Such relations must be true, just and charitable. Only when these three great values are respected, the political communities reach the necessary equilibrium between population, land and capital.

In the fourth part, the Pope reflects on the relations of human beings and political communities with the world community.

There is talk here about inter-dependence amongst political communities; and the finger is pointed at the deficiencies of public authority relative to the universal common good.

In these relations between human beings and political communities it is important to reflect on the public powers, where these must not be installed by force but in common accord with the principle of equilibrium of the entire social life.

Finally, in the fifth part, the Pope suggests some pastoral guidelines, in which, besides the reflection made on the obligation to participate on public life, scientific competence, technical capacity and professional expertise, the need for harmony, amongst Christians, between Faith and public life is also brought forward.

It is on this joint effort that relations between Catholics and Non-Catholics must be based, in order that everyone may seek to develop the universal common good.

At the very end, an allusion to the final Eucharist Banquet, where Christ will all in all.

With the oil paintings, Architect Sousa Araújo puts into the canvass what it is written in the text. We wish that, through these art works, each pilgrim may feel in himself the desire to look deep into the topic of Peace, found in the Encyclical, and to commit himself to promote the values of Peace. 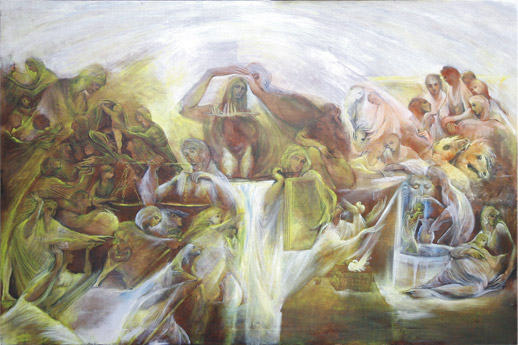 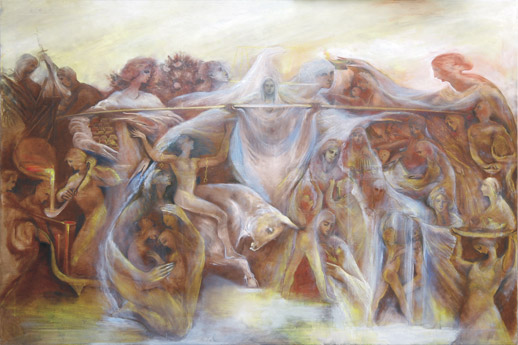 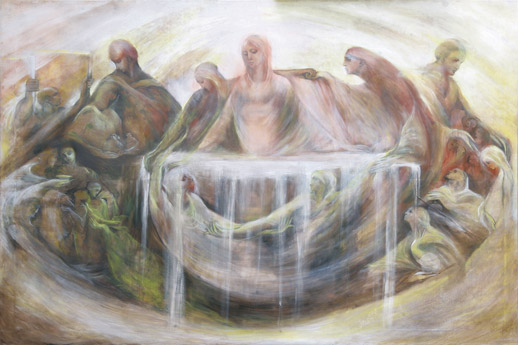 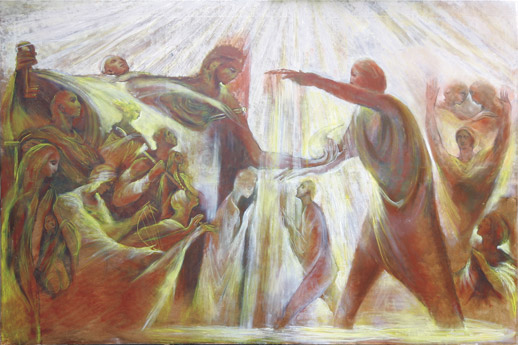 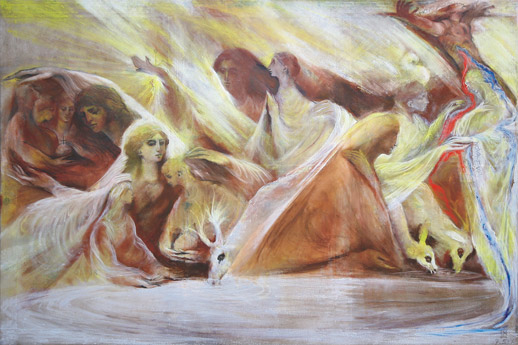 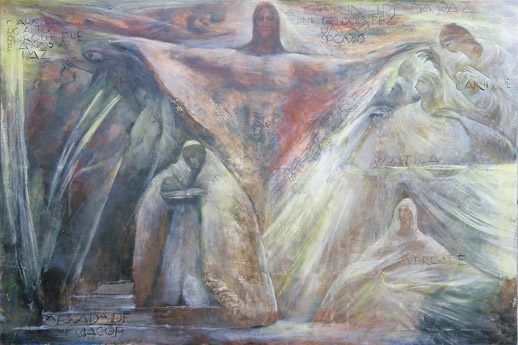 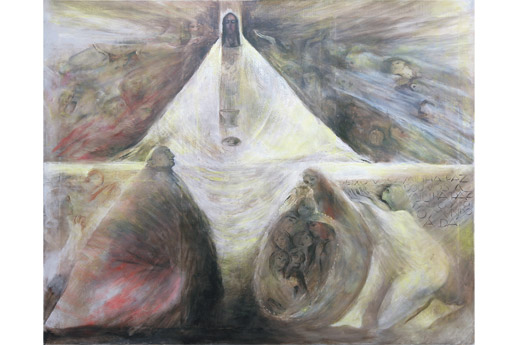 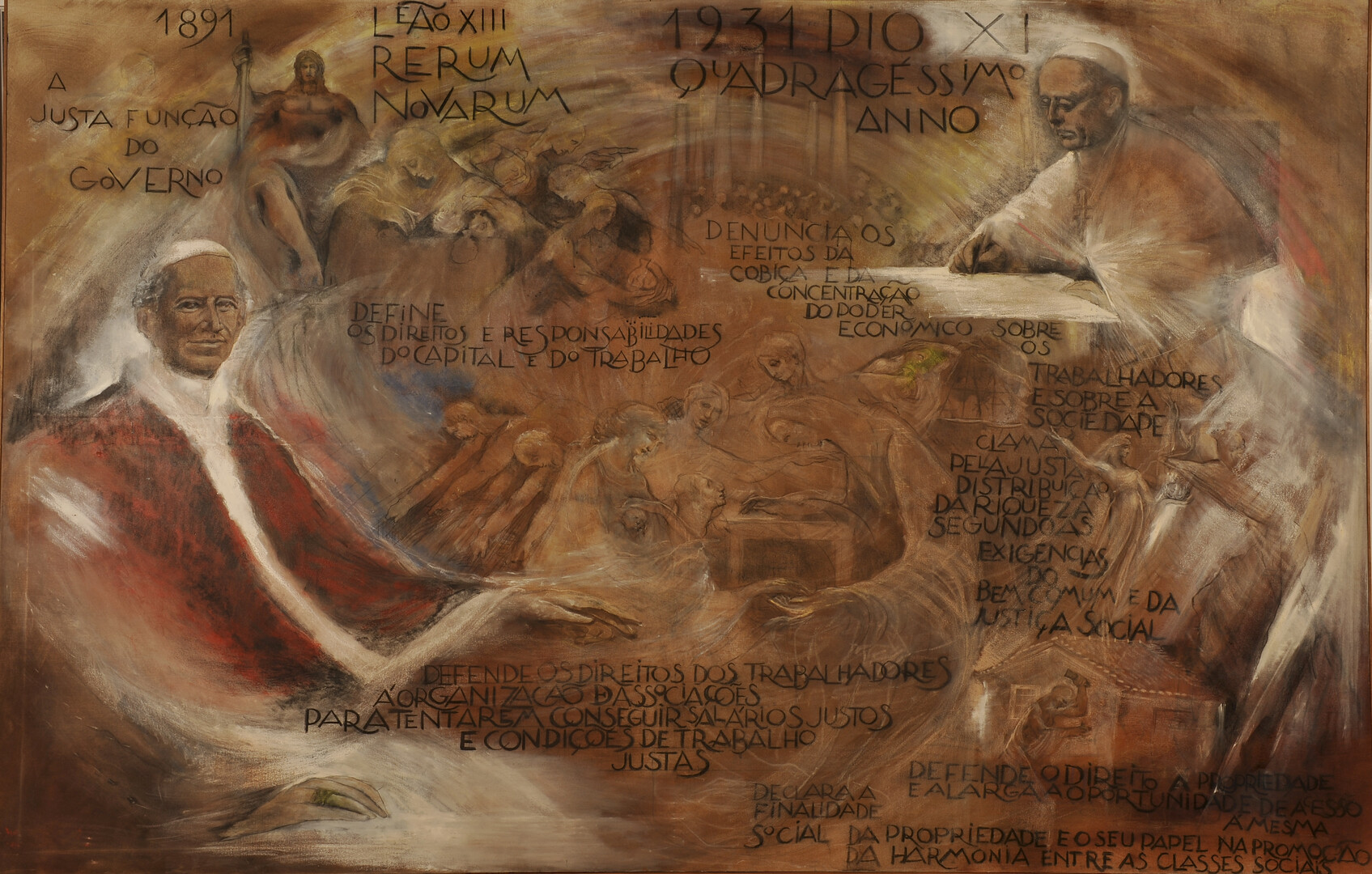 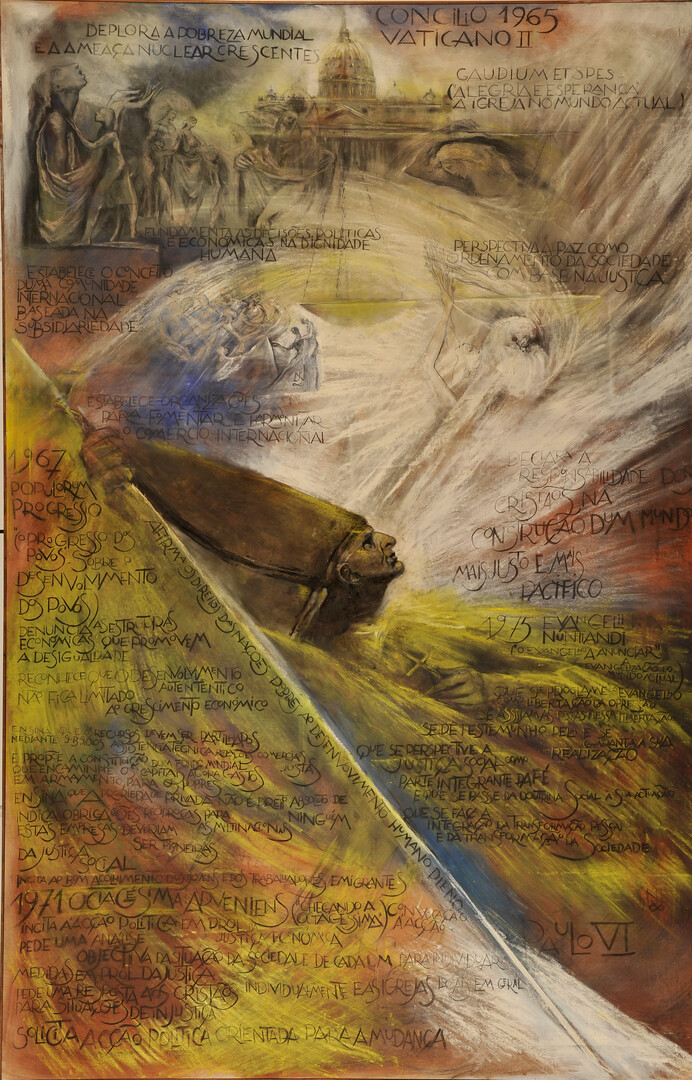